Steve James: Returning to the Road 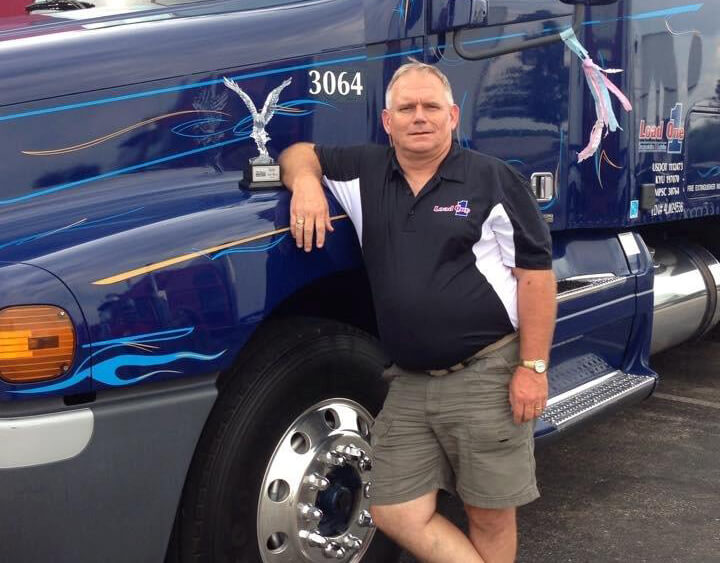 Steve James started out as an over the road driver, but when his children started asking when he was going to be home, Steve left the road and got into the food truck business. When Steve’s children grew up, Steve looked once again to trucking. Starting out in expediting driving for a fleet owner, Steve quickly decided that this was the niche for him.
“I had to learn about the expedite business before I could buy my own truck so I could be successful. The hardest thing was the balancing act of deciding what I could afford in buying a truck and what I wanted. I finally chose to buy a used truck; it is a 2004 class 8 Freightliner with a factory sleeper and a 22-foot dry box with tandem axles. It is equipped with a 60 series Detroit and a 12 speed automatic transmission.”

“Three years ago I was looking for a home for my truck and I. After talking to several friends that drove for Load 1 who had great things to say about the company and how well they treated solo, single truck owner operators, I contacted them. Imagine my surprise when John Elliott, the company owner himself, called me. We had a great conversation and John took time to explain the whole program at Load 1 to me.”

“From the first after going to their terminal in Taylor Michigan, I have found the whole company to be very owner operator friendly. I think it all starts with John Elliott who will talk to you one on one any time he sees you and who treats you as an equal. I love working at Load 1,” Steve said.

You can meet Steve James and learn more about Load 1 at Load 1’s booth at the Expedite Expo 2015.