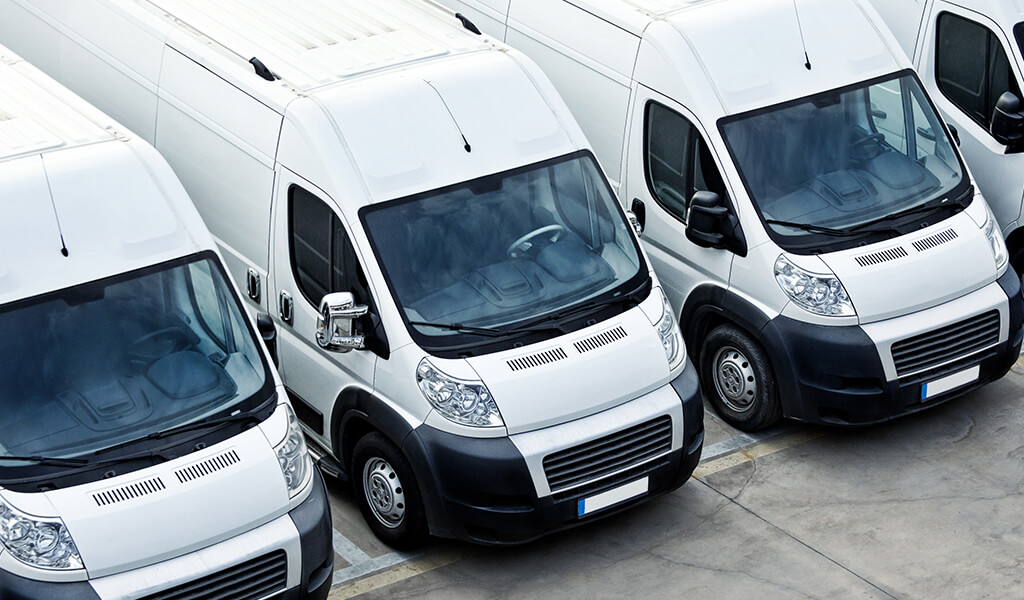 The traditional road to a career in expedited trucking usually goes something like this. You get into the business after you’ve retired or empty-nested. If you start as an owner-operator, you’ll typically wait a few years before ever thinking about becoming a fleet owner. And if you’re married, the spouse usually works in the venture with you, either as a team driver or helping to run the business.

But Korey Walper took a different route to success in expediting.

He started as an owner-operator—not after retirement, but in his early 20s, a few years after leaving college. He became a fleet owner after only six months on the road. And his wife, Tiffany, doesn’t work in the trucking business with him; instead she runs the retail liquor store they own.

So, where has this road taken him?

Today, Walper owns 35 trucks (all leased to Tri-State Expedited Services) at Zero Transport LLC in Adrian, Mich., where he employs about 50 drivers and six office staff.

Walper first learned about the expedited trucking industry while working in parts and logistics management for an aviation company shortly after college. When he needed expedited shipping for certain parts, he would hire expediter firms to get the job done.

He then worked for a small expedited carrier as a dispatcher for a couple years, which gave him greater insight into the business of expediting and a vision for the potential opportunities if he became an owner.

And it was this behind-the-scenes exposure to the business that Walper says sparked his interest to buy his first cargo van in 2004 and become an owner-operator at 23 years old.

“I got interested when, as a dispatcher, I was seeing how much money these trucks were making,” says Walper. “It almost seemed necessary at the time to take that step—to go from earning $13 to $14 an hour as a dispatcher to actually making a living.”

The Sprint to Fleet Owner

But Walper didn’t stay an owner-operator for long. He added a second van to become a fleet owner after only six months and then bought another vehicle within the next month. And by the end of his first year, in the fall of 2005, he owned four vehicles in his fleet.

At that time, he also decided to stop driving and hired a driver to take over his van.

As Walper quips, “Tiffany and I got married in October 2005, and that’s when I got the ultimatum that I had to come off the road.”

The driver he hired to take his spot was Jackie Smith, who is still driving for Walper 12 years later.

“He was the third person I ever hired,” says Walper. “And, without him, I don’t think I could have built the company the way I did. [Jackie] provided the consistency and dependability we needed to grow. You know, having a great driver gave us the stability to go out shopping around for another stable driver, which we found pretty quickly. But, without Jack providing that consistent income for us, we wouldn’t have gone much further than just a couple vans.”

Walper’s “untraditional road” to success also pertains to how he classifies his drivers.

That’s because most fleet owners classify their drivers as 1099 independent contractors, not as W-2 employees. But with a wide range of interpretations regarding how exactly the IRS defines an “employee,” there’s increasing uncertainty-—and risk-—as to whether the common practice of treating drivers as contractors can hold up under increased IRS scrutiny.

So Walper decided early on that he would classify his drivers as W-2 employees.

“Honestly, I think it’s the only legal way to do it,” says Walper. “The IRS puts out a questionnaire that’s got nine questions on it that says, ‘Am I an employee?’ and there’s not a single question that you can answer where you’re not an employee.”

Although his driver costs are about 20 to 30-percent higher because he classifies his drivers as W-2 employees, Walper sees that as a small price to pay compared to the risks.

As Walper puts it, “I witnessed another fleet owner who had about eight to nine trucks. He had one of his drivers get hurt, and they came back on him for a workers compensation [insurance] claim, and [the government] said, ‘Okay, all your drivers were employees.’ They charged him all the back taxes for the employees, and he lost everything.”

What advantages, if any, has Walper seen by treating his drivers as employees when it comes to driver retention?

“I think it helps us quite a bit,” says Walper. “For one, a lot of drivers like their taxes taken out, because a lot of drivers when they’re contractors have to pay that full 30-percent tax. When their an employee, they split the tax with the employer.”

Growth Despite the “Great Recession”

While many expediters fled the industry during the “Great Recession” of 2008 to 2010, Walper’s company hunkered down to weather the storm, while also finding ways to capitalize on the downturn to fuel growth.

“2009 was a challenge for us,” says Walper. “We had to take out a second mortgage on our house just to get the trucking company through.”

But they also took advantage of the situation to grow the business. “We were buying six-month-old repossessed trucks for essentially 30 cents on the dollar. This way, we were able to build up some cash and pour it into expansion,” says Walper.

He says that getting new loan terms from the small business administration (SBA) at the time also helped free up cash.

“I think we had $12,000 a month in payments on trucks,” says Walper. “But, at that time, the SBA relaxed some of their restrictions. So, we were able to bundle and refinance our loans for eight years, which brought down our payments to $3,000. That was a huge help-—to cut about $9,000 a month off our monthly expenses.”

Walper’s company not only survived but thrived during that time. They entered 2009 with seven trucks. And within a year later, at the start of 2010, they owned 15 trucks-—more than doubling the fleet in the in the midst of the worst market downturn since the Great Depression.

And since then Walper has continued to operate the company with a growth mindset. In 2011, he hired his first office staff person and now has a team of six employees working in the office. And 13 years after buying his first van in 2004, his company now owns 35 vehicles-—25 straight trucks and 10 tractors-—with an eye toward further expansion.

He credits his team for his company’s ongoing success. “Our drivers understand the business aspect of expediting and work hard, spending many weeks away from their families, to help us all succeed,” says Walper. “We are a team and everyone plays an important part- — from our drivers, to our office staff, to our maintenance department, to our dispatchers and recruiters. And some of our personnel have been with us for several years, including our office manager, Heather Hall, who has worked here for six years, and our 10-year drivers, including Tony Crawford, April Rash, Mark Coleman, Patricia Anderson, and Jason Klingensmith. And our recruiter, Sheri Dempsey, has revolutionized our approach to driver safety, recruiting, and retention. Without our team, this company would not exist.”