Comfort for the Road 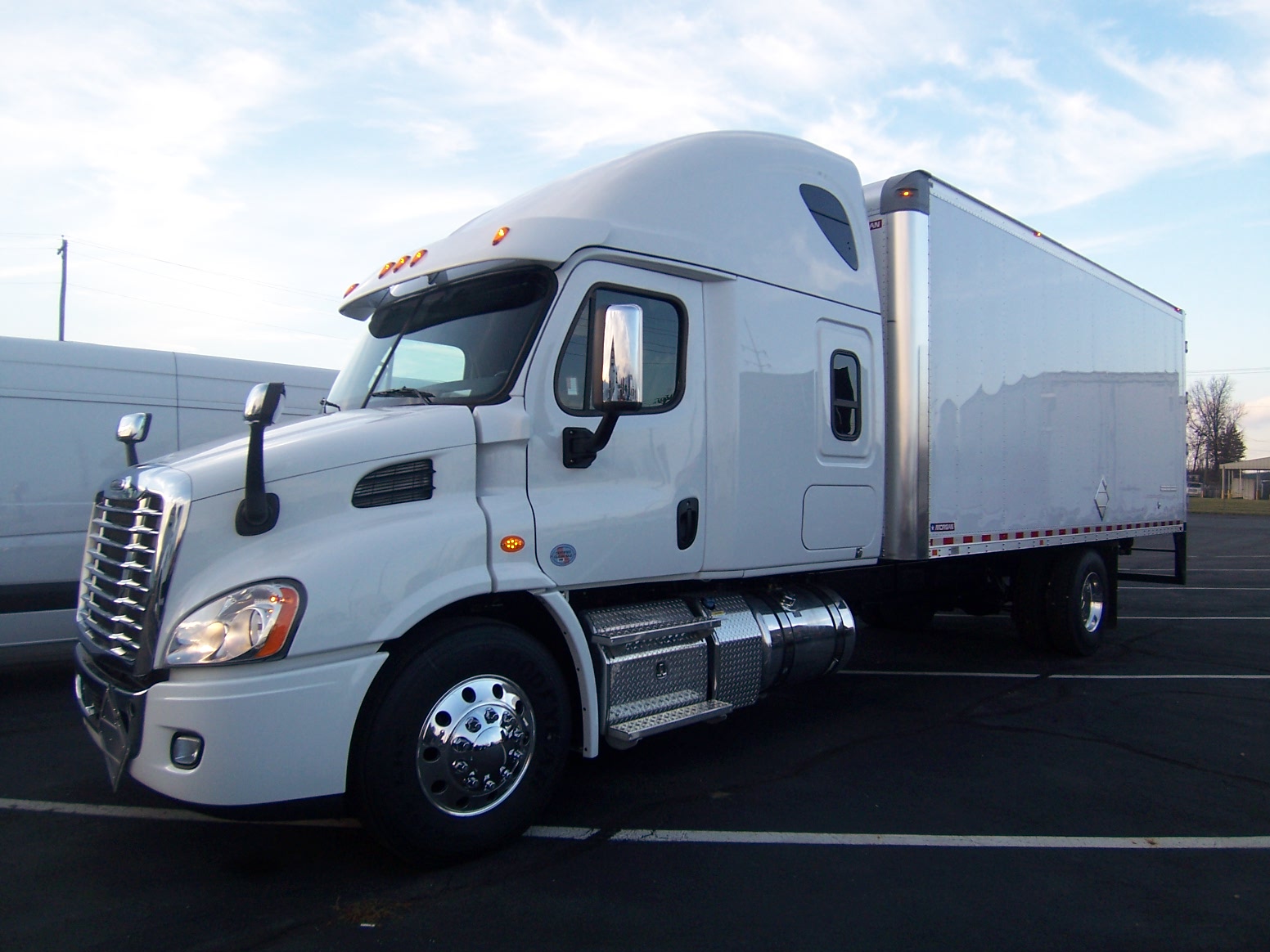 The Latest in Custom Sleepers for Expediters

For an expediter, a custom sleeper is much more than a sleeping quarters; it’s a home away from home.

“Expediters tend to spend a lot more time in their sleepers in between loads. So it needs to be more of a living area than just a place to sleep,” says Jim McFerrin, sales manager for Freightliner of Knoxville. “For typical long-haul tractors, most of the sleepers will have a bunk, refrigerator, television, microwave, but they often don’t have a lounge area. For expediters, we’re putting in a bottom bunk that turns into a ‘booth’ with a table and sitting area. Whereas the freight hauler is going to drive his eight hours, get another load and then keep going, the expediter will unload and might sit there for two to three days.”

That’s why sleepers for expedite trucks are designed with comfort in mind, says Bobby Snyder, sales representative for Fyda Freightliner, based in Columbus, Ohio. “The sleeper design is for drivers to be able to stay out on the road a little longer because expediters are having to wait in the cab more often than those just running dedicated freight. Expediters live in their trucks, so they want it to be as comfortable as possible, especially when they’re husband and wife teams.”

A typical custom sleeper for expediter trucks ranges from 96 to 100 inches in length, which allows for up to 22-foot freight box, while staying within the 40-foot overall truck length requirement. But some expediters are requesting larger sleepers, says Brian Callan, president at Bolt Custom Trucks.

“Traditionally, the largest sleeper we install on an expedite (straight truck) is 100 inches long,” says Callan. “However, it now looks like we will be building at least one 130-inch sleeper on a straight truck in 2015. We have another customer talking about doing a 150-inch sleeper on a straight truck. These larger sleepers are not unusual for us to install on a tractor with a fifth wheel, but the longer sleeper takes away from the full potential of freight box size with a straight truck. It’s a matter of striking the right balance to give customers what they want (and need) for their particular application.”

Integrated vs. Bolt On

According to Bentz, a key advantage to the integrated custom sleeper is aerodynamics, which helps fuel economy because there is no gap between the cab and the sleeper.

The primary advantage of the bolt-on sleeper is the price point. “The bolt-on is less money upfront and the customer can also take it off and put it on a new chassis,” says Bentz. “You can get pretty much the same amenities in the bolt-on as you can the integrated sleeper, it’s just that the integrated unit offers better fuel economy and more overall space.”

While most expediter truck sleepers come fully loaded, there are some spec adjustments to consider, depending on whether you’re an owner-operator or fleet owner.

If you’re an owner-operator, have a clear idea of your ultimate goal, advises McKeen with Freightliner of Knoxville.

What about fleet owners?

“They are going to do what they have to do to attract the drivers, which often means putting in more amenities,” says McKeen.

Fleet owners also need to keep durability in mind, especially since the drivers don’t own the trucks and may not take the same level of care of the sleeper as most owner-operators would.

“Instead of putting carpet in the sleeper, for example, a hardwood laminate floor or a linoleum type of flooring is one way to do it. [The hard surface floors] are much easier to clean and keep clean and may hold up longer,” advises Snyder with Fyda Freightliner.

The recent trend toward using lightweight materials, such as aluminum, in sleeper construction enables expediters to reduce truck weight and increase payload capacity, without sacrificing the amenities they like to have in their sleepers.

For example, Bolt Custom Trucks began using aluminum in their cabinet construction about eight years ago.

“We used to use wood cabinetry like you would have in your kitchen, but a few years ago, we went to all-aluminum construction in our sleeper cabinets, which has taken a lot of weight out of the sleeper,” says Bentz with Bolt Custom Trucks. “We use a wood face cabinet door, which gives the cabinet the look and feel of one in your kitchen, while the rest of the cabinet is constructed out of lighter-weight aluminum.”

So, what are some design or product enhancements can expediters expect to see in 2015?

Here are three product updates Bolt Custom Trucks will be releasing in the upcoming months.

“Traditionally, when we install two beds into a sleeper, we build a bunk bed that folds out of the wall above the first bed,” says Callan. “Although this is a more efficient use of space, many of our customers don’t want to try to climb into an upper bunk (whether because of their age or physical condition). So, we will shortly be coming out with two side-by-side beds on the floor with storage underneath and cabinet storage overhead.”

Bolt Custom will be offering skirt fairings that will run the entire length of the sleeper and freight box area with the ability to easily move the fairings out of the way, allowing for convenient access to tires, tool boxes, and generator.

“The advantage of the fairings is to maximize fuel efficiency,” says Callan. “The challenge is to still provide easy access to the areas underneath the truck by conveniently moving the fairings out of the way. We have some new bracketry that we have just developed which will facilitate this.”

“At the request of a few customers, [Bolt Custom Trucks] will be developing some new skirting with steps to cover up some exposed areas on a couple truck models,” says Callan. “This is more for aesthetics, where a truck manufacturer has not bothered to cover those areas but some customers want to make their truck look a little more classy.”

The Bottom Line
When it comes to spec’ing your “home-away-from-home,” trust the expertise of your sleeper manufacturer and truck dealer, says Snyder with Fyda Freightliner.

“Don’t over think it. There’s a reason these sleeper companies have come up with a standard spec to fit the majority of expedite truck applications. They’ve done a lot of the work upfront and take a lot of time to listen to customers to determine what works best for expediters,” says Snyder.