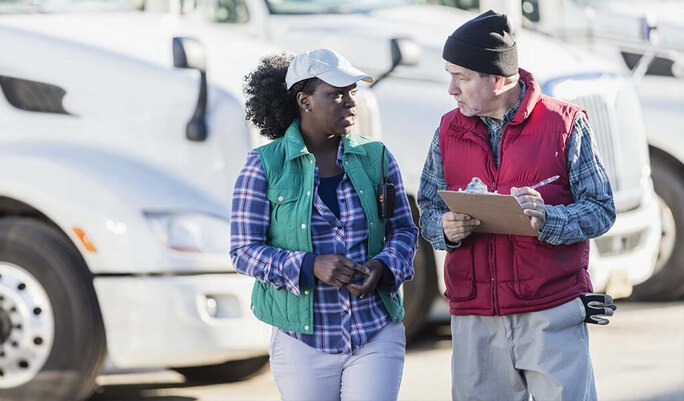 What can expediters learn about the art of persuasion from Sun Tzu’s “Art of War,” the classic ancient Chinese text on military strategy?

That’s because there is a key parallel between warfare and persuasion: Each is about deploying strategies and tactics that defeat the advancement or resistance of an enemy.

It’s just that the nature of the “enemy” is different. Here’s what I mean.

In warfare, an enemy is a person or group of people—soldiers who pose an existential threat to a nation-state.

But in business situations, your fight is NOT against people themselves but their dispositions—their mindset, beliefs, and emotions—that are waging a powerful resistance effort against your request or proposal.

In other words, when you encounter pushback in business—whether it’s about raising your pay rate on a load, getting priority service on a major truck repair, or negotiating terms with a carrier—your enemy is not the person. Instead, you’re fighting against the fear, skepticism or apathy within those people that cause them to deny your request.

You can throw up your hands in anger and frustration toward that person. Or, you can put yourself in the best position to more consistently get what you want—and that’s what I intend to help you do with this article.

Here are three persuasion principles from “The Art of War,” with relevant quotes from Sun Tzu, on how to win the battle over the hearts and minds of the people who hold the keys to your success.

How does this relate to persuasion? Consider these three scenarios.

Why is it so important to understand your audience’s disposition? No matter how strong—or right—your argument, if your audience isn’t in the right state to receive your message, you’ll fail to connect with them…almost every time.

As Aristotle put it nearly 2,400 years ago in The Art of Rhetoric, “Proofs from the disposition of the audience are produced whenever they are induced by the speech into an emotional state. We do not give judgment in the same way when aggrieved and when pleased, in sympathy and in revulsion.”

Aristotle reminds us that how our audience perceives—and acts upon—our proposal is largely determined by the emotional state they are in. So, when it comes to the emotions of our audience, Aristotle says our communications should account for these two considerations:

For example, if the person is fearful about any negative consequences that could come with helping you, acknowledge and validate that person’s concern upfront. Then, tailor your proposal or request in a way that puts that person at ease, where they’re ready (and willing) to help you.

The idea here is this: Identify the person’s current emotional state and target state of where you want to take them. Then craft your messaging to help bridge the emotion gap.

“In war, then, let your great objective be victory, not lengthy campaigns.”

What exactly defines “victory” with your proposal?

The point here is to be clear about what you want. And then craft a message that helps you get it.

David Ogilvy, one of the fathers of modern advertising, defined “victory” in his classic book Ogilvy on Advertising in these terms: “When I write an advertisement, I don’t want you to tell me that you find it ‘creative.’ I want you to find it so interesting that you buy the product. When Aeschines spoke, they said, ‘How well he speaks.’ But when Demosthenes spoke, they said, ‘Let us march against Philip.’”

According to Ogilvy, an ad—or any form of business persuasion—should move your audience to take action.

Therefore, if “victory” for you is to raise your rates, lower your costs, or get faster service on your truck, then craft your proposal with the precise words that drive your message toward that goal. Nothing more, nothing less. Cut out any verbiage—no matter how creative it may seem to you—that doesn’t contribute to “victory.”

Remember (to paraphrase Ogilvy): You don’t want your audience to say, “How well he or she speaks”; you want them to say, “Let’s join their cause.”

This quote beautifully captures the essence of persuasion. When you engage in pushy, aggressive and manipulative tactics, most people will put up a wall and resist your message. But a compelling proposal that’s tailored to the other person’s interests can be a powerful weapon to break their resistance “without fighting.”

That’s because effective persuasion allows the other person to arrive at conclusions themselves, making them more receptive to you—and more motivated to act favorably on your request.

When you encounter resistance to your proposal or request, the “enemy” is not a person, per se. It’s the person’s disposition that’s holding them back. But persuasion is a powerful weapon to overcome that resistance. So, “aim” your message at the right enemy to win over the hearts and minds of the people who hold the keys to your success.