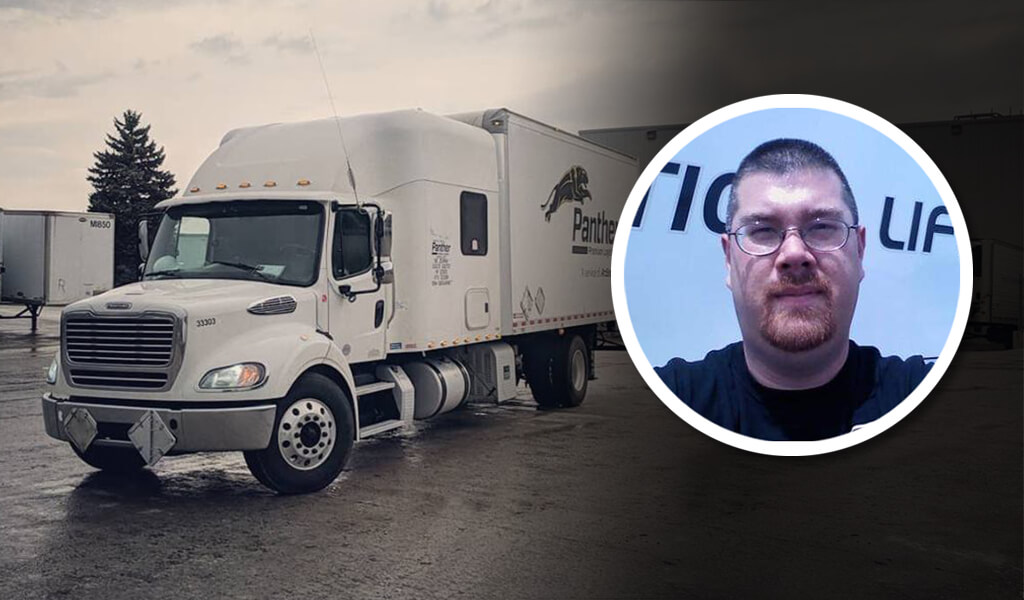 Meet Scott Driskill. Scott is a former EMT (emergency medical technician), who got into the expedited trucking business in 2012, first as a fleet manager and then as a driver.

In 2017, Scott bought his first van—a 2014 RAM Promaster extended van—to become an owner-operator. And about a year later, in April 2018, he purchased a straight truck to officially become a fleet owner.

Today, Scott runs Hammerhead Logistics headquartered in Bucyrus, Ohio, operating a fleet of three vehicles with a fourth on order—a total of three cargo vans and one straight truck.

So, what led Scott to expedited trucking? How did he get started as a fleet owner? And what advice does he have for others who may be considering becoming an expedite fleet owner?

EO recently spoke with Scott to learn more about his story. Here are edited highlights from our conversation.

EO: What led you from being an EMT to getting into expedited trucking?

Working rural EMS [emergency management services], the money was not there. I mean, it’s a great job, and you serve the community. So, as far as that goes, that was good.

But I was looking to further my career, and I just didn’t see myself doing that job till retirement.

So, how did you hear about expediting as an opportunity that could help you further your career?

A guy I went to high school with was in expedited freight. So I started working for him as a fleet manager and, not long after, I was driving for him there, as well.

I believe the time was right. I wouldn’t say everybody’s goal is to become a fleet owner but, for me, having managed fleets before, fleet ownership was a logical next step for me.

My goal is to build this business up to where I can eventually come off the road and go onto my next business venture from there.

When you say, “Come off the road to do your other business,” what is that other venture?

I am actually in the process—I’m taking my final test pretty soon to become a drone pilot. So I’ll be doing that professionally as a business.

What experiences from your career as an EMT do you think has helped shaped you as a fleet owner?

Now, what advice do you have to give to other expediters who may be considering becoming fleet owners?

You say, “Don’t do it,” but you’re doing it, and you’re growing. And you appear to be enjoying it. So, it sounds to me that what you’re really saying is that fleet ownership is not for everyone, is that accurate?

Now, having said that, the biggest piece of advice I have is this: Don’t become too big, too fast. I see that happen in this industry all the time. These guys, they get these vans or straight trucks or tractors, or what have you, and they don’t have teams to put in them. You’ve got payments to make on those trucks, you know?

Also, make sure you save up for a rainy day because there are going to be slow times.

Now, you bought your second truck in the spring of 2018. How soon after that did you get your third vehicle?

I bought that in October.

Basically, I had somebody who used to drive for me call me and say, “Hey, I want to start driving again, do you have anything?” Of course, I didn’t. And so I went and sold my personal vehicle and bought another van.