How to Keep Your Marriage Together When You’re Driving Together 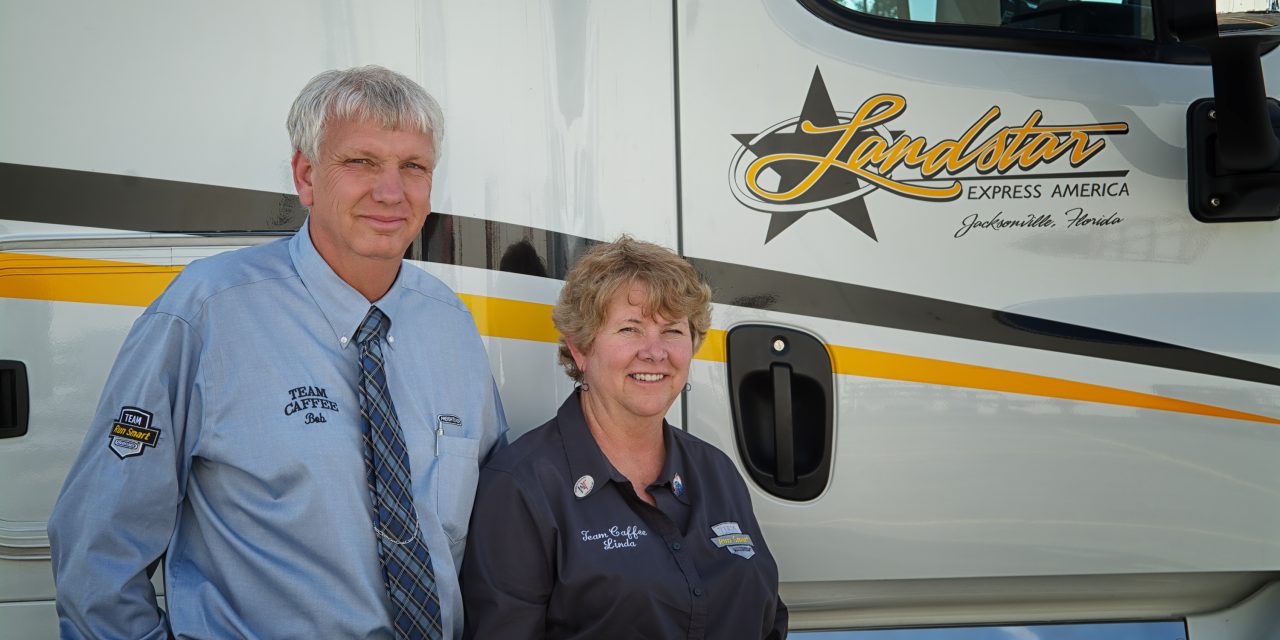 Earn more income. Spend more quality time with your partner. Travel the country on someone else’s dime. These are just a few reasons why you and your spouse might have gotten interested in driving together in the expedited trucking business.

But then, within days–or perhaps hours–of getting on the road together, reality hits.

“We went from a large, three-bedroom ranch-style house on seven acres to an OEM sleeper, and we were bosses in our previous jobs,” says Linda Caffee, who has been an expedite owner-operator with her husband Bob since 2005 and will be celebrating their 40-year wedding anniversary this year. “Then we went to being drivers who were told–between hours of service (HOS regulations) and the trucking carrier–when we could sleep, when we could drive, and exactly where we had to drive.”

It was a major adjustment for the Caffees. After all, being in any type of business together can be stressful enough for a married couple, but being stuck in a truck, living in small quarters for weeks at a time together, can put a strain on even the strongest marriages.

But the Caffees found ways to get through those tough early days on the road. And so have numerous other married expedite teams. How? What are their secrets? How can you keep your marriage together when you’re on the road together? Here are six tips.

#1. Try to create and maintain some separation.

“You have to have your own interests,” says Linda Caffee. “You’re constantly together, so you need to try to keep a little bit of separation, so you end up having something to talk about. Bob and I have different interests. We have different friends who we talk to and different people we see. And we have different stuff that we read about.”

Bob agrees. “You can be around somebody 24/7 for so long. And then, they might just give you a look that’s different than their normal look, and it’ll piss you off. So, taking breaks to do different things can really help. This past weekend, I went out and threw the ball for the dog for about three hours, and left Linda to herself. I had my own time, and then after I got back in the truck, we watched a couple of movies and it was really good–we had our together time.”

#2. Work with each other’s strengths and weaknesses.

“One way we’ve been able to make this work is that we’ve realized that each one of us brings something to the table and can kind of counteract each other’s weaknesses,” says Jason Hutchens, an owner-operator with his wife Heather. The couple married in 2008 and started driving together in 2013.

Jason continues: “Heather is very organized but doesn’t act quickly on the fly. I’m comfortable when things are going crazy and can think fast and act. But I’m not a planner or organized like Heather. We’ve learned that we’re both very valuable to the team. We realized that we both bring something to the table and, without the other, the team just won’t work.”

#3. Develop an agreement for how you’ll arrive at important decisions.

When there’s the two of you, who decides which loads to accept?

The Caffees have developed a framework where they can each make load decisions on their own–unless the proposed load falls outside certain parameters. In those instances, if one partner is considering accepting that load, they would need to consult the other partner before finalizing the decision.

“I know exactly what load came about, when we decided that if a load is in a certain area, we have to talk about it. We can’t accept it, no matter how much it pays,” Linda Caffee recalls. “Bob accepted a load to Canada, and I did not want to go to Canada, and I was so upset. I think we were trying to go home or something, because I was upset. Luckily, the load ended up canceling. And that was when we realized, ‘Okay, in these certain areas, we need to talk.’”

#4. Think before you fight.

“I always tell people, ‘If you’re thinking about snapping at your partner, think about the fight you’re getting ready to have, and think about the results of that fight. Are the decisions you’re making right at that instant going to make any difference five years from now?’ Sometimes, those arguments are worth having, but a lot of times, they’re not worth the fight,” says Bob Caffee.

Jason Hutchens agrees. “You really have to keep your eye on the big picture of being able to retire together and enjoy the relaxed life,” says Hutchens. “When you get frustrated, think about your goals and try to remember the good times that brought you together–your first date, when you fell in love. It always helps to kind of laugh and look back at all the mistakes you’ve made together. So, don’t let trivial things bring down a good team.”

#5. Give space for each other to vent.

Petra and Jason Webb were married in 2001 and have driven a tractor-trailer together since 2015 for MSR Transport Services, an Ohio-based expedited trucking firm founded by Army and Navy veterans who started the company to provide post-military career opportunities for veterans.

And during their time on the road together, they’ve realized how important it is to give each other psychological space when you have such little physical space on the truck.

“When we first started driving, we fought a lot more on the roads. That’s mostly because we had to learn how to live together in a small box. You cannot simply walk away without a room to go to and slam the door and make yourself feel better because slamming the curtain is not the same thing,” says Petra Webb.

Jason Webb agrees. “Give each other space. Learn to recognize when your spouse needs that space. If tensions are starting to run high, it might be time to just be quiet.”

“I would say that communication is the main key for keeping your marriage together on the road,” says Petra Webb. “This job is not for everybody, so maybe you both need to come off the road and do something else. But you need to be honest with one another about that and discuss what you want. And talks things out. Don’t get angry and then go to sleep and not talk. Because we are out on the road, you never know what’s going to happen.”

Heather Hutchens offers this message to married couples who are just starting out on the road together: It will get better.

“Our first three months were rough. Our first year was rough. But if you can get past that and work together, it’s just gonna be all the better for you.”