Driver Safety Pitfalls—and How to Steer Clear of Them 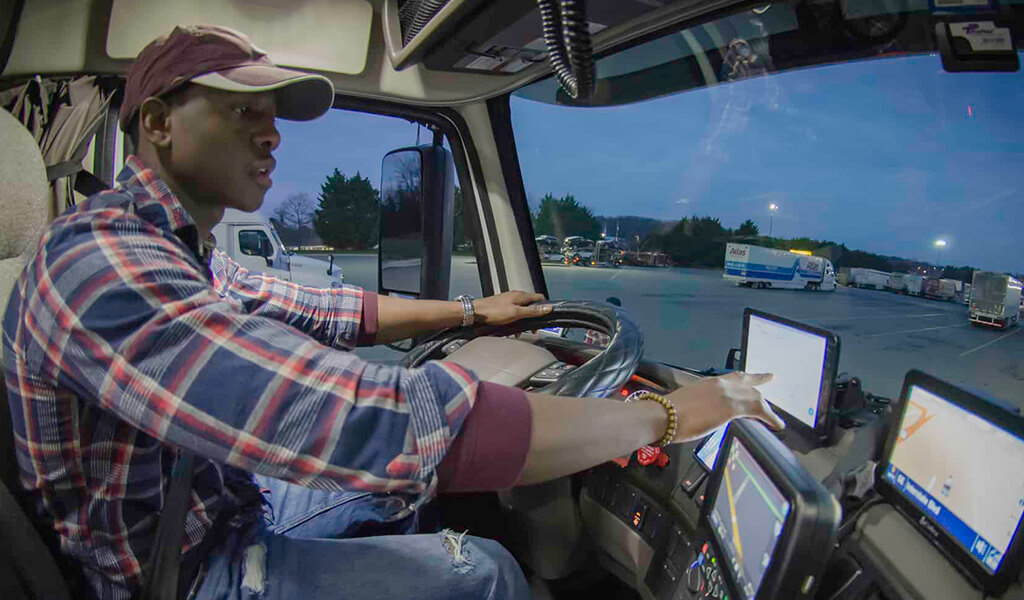 A few years ago, team owner-operators Scott and Fran Undercoffler were running a load up in Quebec, Canada, when their truck got pummelled by heavy winds on an icy road.

“We were taking our time, going about 40 miles an hour because the roads were slick,” Scott Undercoffler recalls. “As we cleared the side of a hill, the wind caught us, and the truck started fishtailing, heading right for a guard rail.”

Undercoffler’s training kicked in. “You take your foot off the accelerator and don’t touch the brakes,” he says. “Let the momentum of the truck slow down naturally as much as you can, and try to turn into the skid a little bit.”

Once he got the truck to a safe position, the decision was easy for the Undercofflers. “It takes a lot to scare me, and that scared me. So we just parked the truck and said, ‘When they clear the road, [the customer] will get their load.’”

As an expedite driver or owner-operator, you face many decisions that impact your safety on the roads. So, how can you increase the odds that you’ll make good decisions, especially when lives are on the line?

The key is to avoid PAIN—Pressure, Aggressiveness, Indecision, Neglect. Here’s a breakdown of these four pitfalls to driver safety and how you can steer clear of them.

P—Pressure
The nature of expedited trucking is urgency. Your job is to deliver time-sensitive freight. And any delays could shut down a production line or cost the customer a lot of money in other ways.

But what about when factors outside your control slow you down, such as dangerous weather, an illness, or a traffic jam?

That’s when urgency can turn into pressure to push through or make up for lost time that puts your safety at risk.

How do you diffuse this pressure, whether it’s coming from yourself or anyone else? Put your situation into proper perspective.

“I would rather somebody be upset that I was late than that I never made it there and couldn’t make it home,” says owner-operator Greg Huggins. “I’ll pull over for safety before I’d try to barrel through and cause a 100-car pileup because I thought I could make it.”

For Huggins, the choice is non-negotiable: “It’s either late or never, and I’d rather it be late.”

A—Aggressiveness
Aggressive driving behavior tends to be rooted in overconfidence, with thoughts that often begin with these three words: I can handle.

How do you silence the inner gambler?

Be vigilant. “You’ve got to remember that you’re not just driving your truck, you’re also driving for everyone else around you,” says Bob Caffee, a veteran owner-operator who drives team with his wife Linda. “We typically run 60 to 65 miles per hour, so almost everybody passes us. But, we’re always mindful of the vehicles coming up behind us, making sure they’re also paying attention before we change lanes. This way, if we do have to pass, we’re not pulling out in front of somebody that’s going 70 or 80 miles per hour when we’re only going 60.”

Huggins offers these tips: “When possible, I try not to drive around people. When you have a good long following distance, you can see things coming much easier. And keep an eye on your mirrors. This way, when you get that guy tailgating you, don’t hit the brakes hard but slow down a little because they’ll get impatient and go around you.”

In other words, replace aggressiveness with alertness, being continuously aware of all that’s going on around you.

I—Indecision
You’re about to hit some nasty weather. At what point should you pull off the road, if at all?

The critical point here: Don’t wait until you face a potentially dangerous situation on the road before you try making a decision. That’s because, in the pressure of the moment, you’ll likely be indecisive. And that hesitation could put you in a perilous position.

Instead, decide what you’re going to do before you even start the truck.

For example, as part of his pre-trip preparation, Huggins tracks the weather and makes decisions about when he will do a mid-trip evaluation to determine whether conditions will be safe to continue or if he should stay put and wait it out.

“I look ahead and see that there’s going be a storm by the time I get to a certain city,” says Huggins. “So I’ll usually plan to stop before that city to double check to see if the storm is still moving along, or if it strengthened or weakened so that I can adjust accordingly.”

These are essential habits and disciplines to help keep you safe on the roads. After all, it only takes one time to short-cut or neglect any of these to cause a life-altering incident behind the wheel.

So be diligent and thorough with making sure that both the truck and you are road worthy.

“A proper pre-trip inspection is important but so are mid-trips,” says Huggins. “When you stop for fuel, walk around the truck. When you stop for a break, always circle the truck and make sure nothing has changed during the trip.”

And besides making sure that you’re getting enough sleep also be considerate about your partner sleeping. “Don’t wake up your partner to see something,” says Linda Caffee. “We knew a couple when they first started in expediting, and they would keep waking their partner up saying, ‘Oh, you’ve got to see this! You’re just never going to believe this! Come see this!’ They ended up failing and getting out of expediting because they were exhausted. So let the other person sleep, even though you just saw the coolest thing ever. You’ll get to see it later. And you’ll both be much safer on the roads.”

The Bottom Line
If you succumb to any one of these pitfalls, you could cause PAIN to yourself, your partner, the public, and your career. So diffuse pressure with a proper perspective, be vigilant about eliminating aggressive driving behaviors, make important driving decisions before getting on the road, and be diligent with ensuring that both you and your truck are roadworthy.