Expediter of the Year 2018: Introducing the Top 3 Finalists 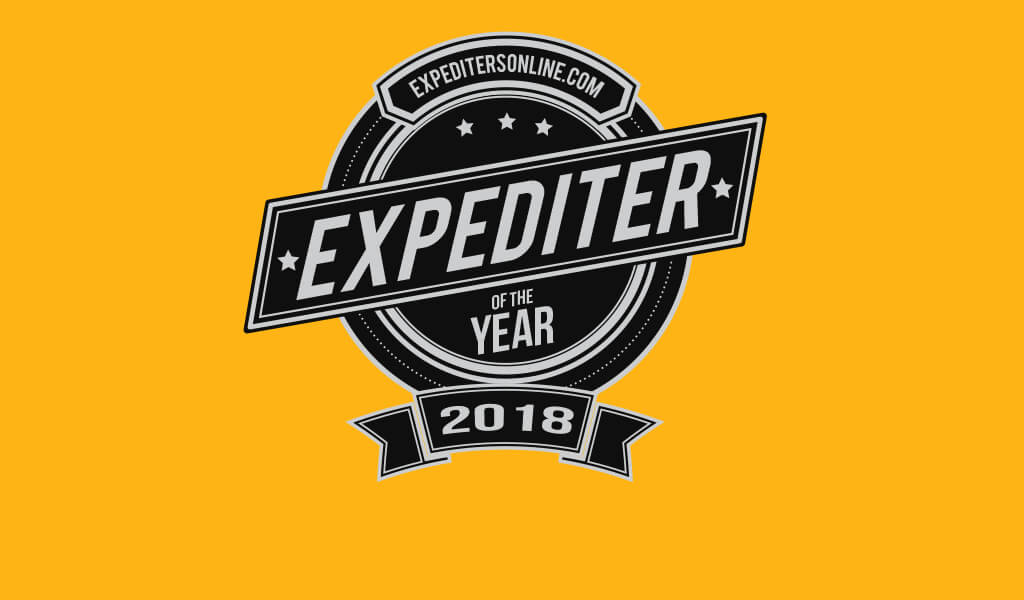 The lineup is set. Three finalists have been selected. So, who will be chosen as “Expediter of the Year” for 2018?

The winner will be announced at Expedite Expo, the only trade show in the world geared exclusively to the expediting trucking industry, which runs July 20 and 21 at the Lexington Center in Lexington, KY. We are happy to once again have Expediter Services as our Title Sponsor at the show this year.

The purpose of the Expediter of the Year award is to recognize those hard-working, professional and safety-conscious expediters on the road today who strive to make the expedite industry better and are deeply involved in serving and making a positive impact on their community.

And the winner will receive $500 cash for travel, hotel accommodations provided by ExpeditersOnline.com, and the Expediter of the Year plaque. The three finalists and their carriers will be honored at our closing announcements on the show floor at the Expo on July 21.

So….without further ado, meet this year’s finalists for “Expediter of the Year.”

One of Tim’s nominators is Jamie Palmer, a driver with Barrett DirectLine, who says, “Tim is the reason I found this career. I was not in a good place in life, and I found his videos on YouTube that helped changed my life for the better. He has a Facebook group he started that helps so many people, and he deserves every award possible.”

Tim began his business as an expedite owner-operator in 2015, with the encouragement of his brother Allen, who had already been in the business for about five years.

And when Tim launched into expediting, he went all in, says Dawna Paxton, his wife and co-owner of Paxton Xpediting LLC. “As a rookie, Tim decided that he eventually wanted to help others who either wanted to enter the industry or had just begun and needed a helping hand. He also wanted to form an alliance of sorts with the people he had met along the way because Tim feels that there is always something to learn on the road, and you can never have too many friends to help you along and vice versa.”

One way Tim has found to help other expediters is to start a Facebook group with his brother Allen. The group is called “Transportation Life ‘Wheels, Wings & Rudders’” (https://www.facebook.com/groups/TransportationLifeWWR), which has grown to over 1,300 members. “It has become a place for rookies and veterans alike to come and learn something new, get information on happenings on the road, and meet and make friends,” says Dawna.

Tim has also launched a YouTube Channel “My Life’s Ventures” (https://www.youtube.com/user/twlzted95) that has about 2,300 subscribers to help others in the industry get up and running in their own expedite business.

“My brother and I take a lot of pride in trying to better the industry by bettering the drivers throughout the industry,” says Tim. “The more intelligent, the more educated drivers we have out there, the easier it will be for all of us to get a decent wage from state to state as expediters.”

For Nancy Hudson, being an expediter is much more of a calling than merely a job.

She started out her career in the medical field as a patient care technician (PCT) in 1979. Then in 2004, she felt led by her Christian faith to get into trucking. “I’ve always loved trucks. And I just basically prayed about it, and opportunities opened up where I got into trucking. I do Bible study and missionary work out here while I’m on the road.”

Nancy was nominated by Melody Paris, an owner-operator with BH Xpress, who says, “Nancy is a two-time truck show champion. She is always on time, courteous and respectful. She loves the world of trucking and is a proud female truck driver. She belongs to the Truckers for Christ and does missionary work while out on the road.”

Nancy’s definition of success in expediting: “If you put love, care, dignity, and respect into your work, it shows customers that you really care about them. And if you give them that respect and dignity, it helps a lot of very pressured customers relax and calm down.”

A U.S. Army Veteran, Eric Escobar started his career in expediting in 2013 as a driver for a fleet owner. Today, Eric drives a straight truck for Expediter Services but also runs a fleet of five vans at Fudpuckers Expedited, a company he started with partner Christine Wagner in 2016.

Says Christine in her nomination of Eric: “There’s not a day that goes by that he’s not all ears, willing to give as much time as they need from him. No matter who the drivers or future owner-operators are, Eric is up front and doesn’t sugar coat any advice that’s asked of him—whether it’s about becoming that proud van owner or just keeping that driver on a positive mindset when sitting for hours or days when freight is slow.”

“Expediting is a lifestyle,” says Eric. “It’s not just a job. So we try to show other expediters how they can work hard and play harder. And we learned this through our first fleet owner who mentored us when we first came into this industry.”

That fleet owner Eric credits with mentoring him in the industry is Susan Medlin. He says that Medlin’s example is what he has tried to emulate in his own business as a fleet owner.

“I became a fleet owner to be able to help others who are wanting to better themselves,” says Eric. “It’s not a charity, but it’s definitely about being able to mentor someone. And when I mentor them, I tell them we have three core values that we have for our fleet: commitment, integrity, and excellence. And we believe in this because we want to be able to encourage our drivers to grow for themselves. And we’re here as fleet owners to assist them and mentor them—to give them direction.”