The Road to Fleet Owner: Making the Transition 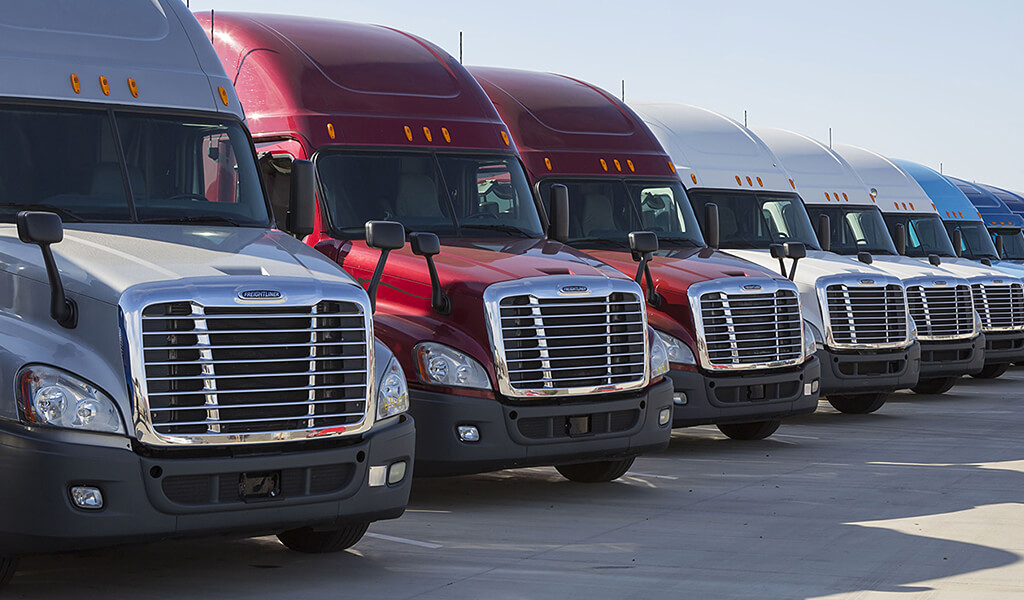 The challenge is that your income depends on you driving the truck. If you don’t run it, you don’t get paid. That’s why a growing number of entrepreneurial-minded owner-operators are becoming fleet owners, where they own multiple trucks that earn income for them, whether they’re driving, sleeping or playing.

The idea is that the more trucks you own and keep on the road, the greater your income potential. And you’re building a business asset that grows in value and paves the road to a more lucrative retirement.

So, what’s involved with making a successful transition from owner-operator to fleet owner? What is the fleet owner life really like?

Expedite Now recently caught up with Tony Freeland who became an expedite owner-operator in 2003 and then, about a year later, purchased his second truck to become a fleet owner. Today, Freeland is owner and general manager at JAS Expedited Trucking LLC (www.jasnw.com), based in Imlay City, Mich., with a total of 25 trucks in his fleet–23 straight trucks and two tractor trailers.

Here’s his story to give you insight into what it takes to become a fleet owner and build a successful business for the long haul.

Operating big trucks was nothing new for Freeland when he got his start in expedited trucking in 1991. An army veteran of eight years, Freeland drove “deuce and a half” and five-ton military cargo and personnel transport trucks.

But when he left the army in 1990, the U.S. economy was mired in a recession and the job market was tight. That’s when he found a job driving a wrecker truck. “It wasn’t bad money but a couple months later they started changing things up with our pay,” says Freeland.

So, when he saw an ad in the newspaper for a driver job with BT Express, a small expediting company in Flint, Mich., he applied and got the job.

“[BT Express] was just a small little mom and pop shop, actually a lot smaller than what my company is today,” Freeland recalls. “I think they only had six or seven trucks, but they had a pretty good contract with Buick City in Flint.”

But when BT Express lost its contract with its biggest customer Buick, he needed to make a change and left after about a year and a half with the company. This launched Freeland’s 10-year journey as a contract driver for expedite fleet owners.

When comes to learning what it takes to succeed as a fleet owner, Freeland learned a lot of lessons of what NOT to do, as he bounced from owner to owner.

What was one of his worst experiences? “I was working for an owner out of Trenton, Mich., running team with my brother at the time,” Freeland recalls. “When we got up to Nova Scotia, the truck broke down at the dock before we could get it on the boat to go across the waterway to the island. We contacted the carrier and the owner and wound up getting a Ryder truck, taking it on the boat, delivering the load, and making it back across [to the mainland] a couple days later.”

The customer was happy, but not the fleet owner.

“When we finally got back into the States where we could call the fleet owner, he was fuming mad at the cost to fix the truck,” says Freeland. “He says that since we were driving the truck at that time, we were going to pay the entire bill, so we wouldn’t get paid for this run–and that was a good paying run!”

But the trucking carrier the owner was leased to stepped in to ensure Freeland and his brother got paid. “The carrier called the owner and said, ‘You need to pay the drivers. Otherwise, we’ll pull the truck, and we’ll pay the drivers ourselves, and you won’t get paid on the load.’”

But even though experiences like these made it challenging for Freeland, he was able to use those years as a contract driver to really learn the expedited trucking business and position himself for success as he prepared to take the plunge and start his own business.

After about a decade driving for fleet owners, Freeland stepped out on his own and bought his first straight truck in November 2003.

For the first six months or so, he ran solo. “Back then you could run solo; it wasn’t an issue. You could still make really good money running solo,” says Freeland.

But then he started running teams, which set the stage for Freeland to become a fleet owner.

“I wasn’t much on running teams, but when I bought my second truck is when I said, ‘You know what? I got to start running team,’” Freeland recalls. “So, over the next four years I probably had seven to eight co-drivers over that period. I’d run with somebody for three or four months, and then I’d put them into a truck of their own with another co-driver.”

Freeland bought the second truck–and officially became a fleet owner–in the summer of 2004. “At that time, I met an older couple out on the road,” says Freeland. “I can’t remember exactly, but I probably met them at the truck stop and kept in contact with them over the time. I believe his wife had to come off the road for health reasons. He was still running, and I ran into him at a delivery during that summer. He was talking about coming off the road, but he wasn’t sure what to do with the truck and asked me if I was interested in it.”

Freeland was apprehensive at first. “I tell him, ‘Well, I got the one truck, and I can’t afford to go ahead and buy another truck right now.’ But he says, ‘I’ll make you such easy payments that you can afford it. I’d rather sell it to somebody who I know could use it, put some drivers to work, and can manage it.”

It was a deal Freeland couldn’t refuse. “I wound up putting a solo driver in that truck and started figuring out that maybe I could build me up a few trucks here and get to the point where I can put some friends and people that I know to work, and they’re not going to get screwed over by other owners,” says Freeland.

He then discovered how running teams could generate much more income than solo drivers.

“I started figuring out, ‘You know what? I need to get off this solo kick and start running team, because that’s where the money is. I’m running two trucks solo. But if I run teams, that’s like running four trucks solo,” says Freeland.

Thirteen years later, Freeland has expanded his fleet to 25 trucks and has also built an in-house maintenance facility to ensure those trucks stay in top shape. So, what advice does he have to give to other expediters who are interested in becoming fleet owners?

#1. Pay attention to your numbers.

Realize that when you purchase a truck for someone else to drive, the operational costs are going to be higher than when you’re driving the truck as an owner operator.

“When you’re the operator, you’re taking care of that truck like it’s your baby. You’re checking those air pressures every day, so you’re getting the most miles out of a set of tires that you can,” says Freeland. “But a driver doesn’t do that. A driver doesn’t care how many miles you’re getting out of a set of tires. When he needs a tire, he’s calling the boss–you. And you can expect that your maintenance cost will go up by 10 to 15 percent of what you’re currently spending on your own truck.”

#2. Don’t be surprised if you have to miss a few paychecks.

“For a few years after I became a fleet owner, there were several times I couldn’t pay myself,” says Freeland. “As the owner of the company, I’m the last guy to get paid. I don’t get a paycheck if there isn’t money there. I’m not taking money out of my drivers’ pockets or out of the pockets of any of my employees in the office. And I’m not skipping a truck payment. So, I’ve missed a lot of payments to myself along the way.”

But the past five years have been a lot better for Freeland when it comes to his own paychecks. “I got a paycheck at the beginning of January 2012, and my wife says, ‘What’s this? We’ve got money in the account.’ ‘Yeah, we got paid,’ I reply. She says, ‘What do you mean we got paid? We never get paid the first week of January.’ I tell her, ‘We’re doing good, baby.’”

This one is personal for Freeland, who dealt with more than a few fleet owners who failed to pay him on time.

As Freeland puts it, “I don’t want to hear an excuse that, ‘My furnace went out, and I can’t pay you this week.’ Or, ‘The truck broke down or the truck needs an oil change so I can’t pay you right now. I’ll catch you next week.’ I don’t know how many owners out there owe me money from the decade I worked for them.”

But if there’s one factor that Freeland says is the most important to his success, it’s hiring the right people for the job. “I didn’t get where I am at because I’m a great mechanic; I hired great people for that job. I didn’t get here by being a great bookkeeper; I hired a great person to manage our books. I have certain people in key positions that have gotten me to where I am today.”