From Owner-Operator to Fleet Owner: How to Make a Smooth Transition 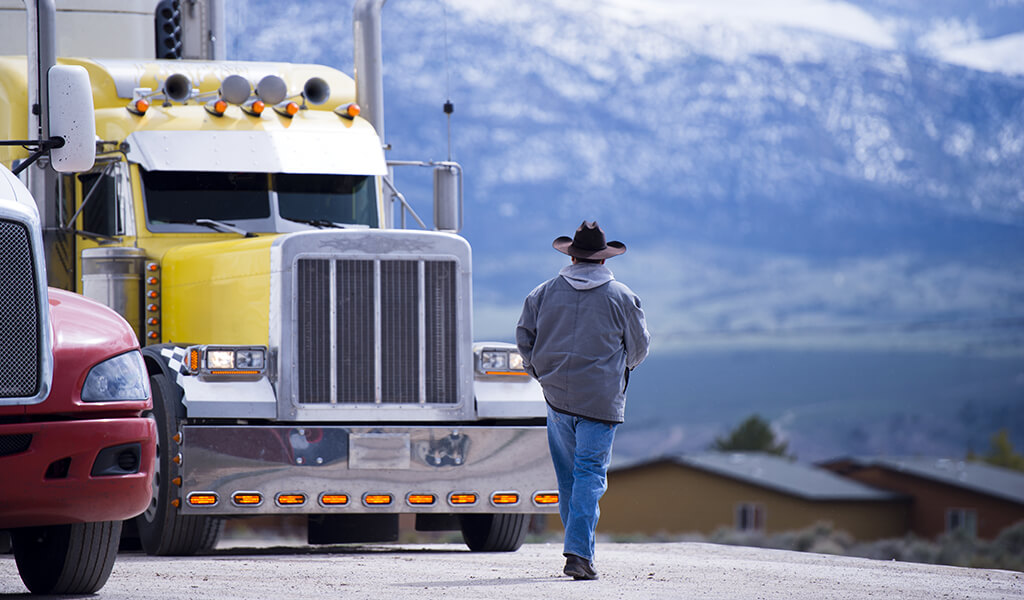 These words from a friend changed the trajectory of Donna Sleasman’s career in expedited trucking in 2014.

Sleasman, who had started in long-haul trucking in the early 1980’s, became an expedite owner-operator in 2000 and continued in that role for the next fourteen years.

Then in early 2014, a friend told Sleasman about her frustration with the way her current fleet owner was treating her and challenged Sleasman to buy another truck to become her new owner.

And in August of that year, Sleasman took her friend’s challenge to heart and bought a second truck. But she didn’t stop there, as she took delivery of two more trucks within the next six months. Today, Sleasman operates a total of seven trucks in her fleet, including five straight trucks, one van, and one tractor—with all vehicles, except the tractor, leased to FedEx Custom Critical.

What lessons did Sleasman learn to make the transition from owner-operator to fleet owner as smooth as possible? Here are four.

#1. Determine whether fleet ownership is right for you.
What were some of the first steps Sleasman took to prepare before she bought that second truck? Did she write out a business plan or anything formal like that?

“Really nothing along those lines,” says Sleasman. “I’ve always been good with the numbers in this business. And I put my numbers down, with my worst case scenario. And I thought I could make it work.”

But when it comes to succeeding as a fleet owner, you also need to think about the human aspect of managing a fleet, says Sleasman.

Take, for example, the need for patience.

“A lot of drivers tell me, ‘I don’t know how you do it because I would tell those drivers to pack their crap and get the heck out of my truck.’ But I tell them that you can’t do that. You have to be reasonable. You have to talk to them because getting mad and yelling at somebody doesn’t get you anywhere in this business.”

Then there’s your management style. “I don’t micromanage my teams and very seldom call them. If they want to call me, they know I’m available on my phone 24/7,” says Sleasman. “I don’t want them to think I’m calling to check up on them; I want them to know that I trust their judgment.”

And you also must be willing to make time for your drivers.

“I had one team come to me from another fleet owner because they called that owner asking for load advice, and the owner told them, ‘I don’t have time to talk to you,” and hung up on them. And the team’s next call was to me,” says Sleasman.

#2. Get big or get out.
When your fleet is small, one truck that sits can quickly eat into your profits and put your business in jeopardy. That’s because if you own only three vehicles, and one is sitting, you have to rely on the other two trucks to make up the difference to pay the overhead (monthly payment, insurance, and so forth) associated with the third vehicle. But the more trucks you own, the better positioned your business will be to absorb potential losses from a single truck that sits.

Sleasman learned this lesson early on when the husband on one of her teams died of a heart attack. “That was a real awakening,” says Sleasman. “I determined that I had to ‘get big or get out’ because I realized that I was too small to survive a catastrophic event like that for long.”

#3. Expand your driver pool.
Sleasman says she has found good dependable drivers from outside of the trucking industry to help her expand her pool of potential drivers and keep her trucks running.

“People ask me about recruiting and keeping drivers. Usually, drivers come to me. But I’ve also started taking people into my fleet who have no driving experience,” says Sleasman. “In fact, with one of my top teams right now, they were installing air conditioners in Mobile, Alabama a year ago. They are one of my top teams right now, and neither one of them had ever driven a truck before.”

#4. Reduce your financial risk.
“Make sure you have money in the bank because you can’t do this business on a shoestring,” says Sleasman.

That’s in response to a common misperception of newbies who think they can get rich quick in this business, says Sleasman. “They look at the numbers and think, ‘Oh, we can make a fortune doing this.’ But often they have misguided expectations of what you can actually make with a truck. They say, ‘Well, the truck makes $30,000 a month, and we give the driver $12,000. That means we get to make $18,000 a month, right?’ No, you don’t. Not even close.”

Another piece of advice: “Don’t think that you can become a fleet owner with a bunch of older used trucks,” says Sleasman. “Usually those trucks don’t have warranties left on them. And without the warranty, you could put yourself in a very precarious position.”

The Bottom Line
If you’re an owner-operator thinking about becoming a fleet owner, how can you ensure a smooth transition? First, determine whether being a fleet owner is the best “next step” in your career. Then, before taking that step, seek advice from professionals, like Sleasman, who have made the transition from owner-operator to fleet owner. This way, you can avoid the common pitfalls and put your fleet business on the road to success.