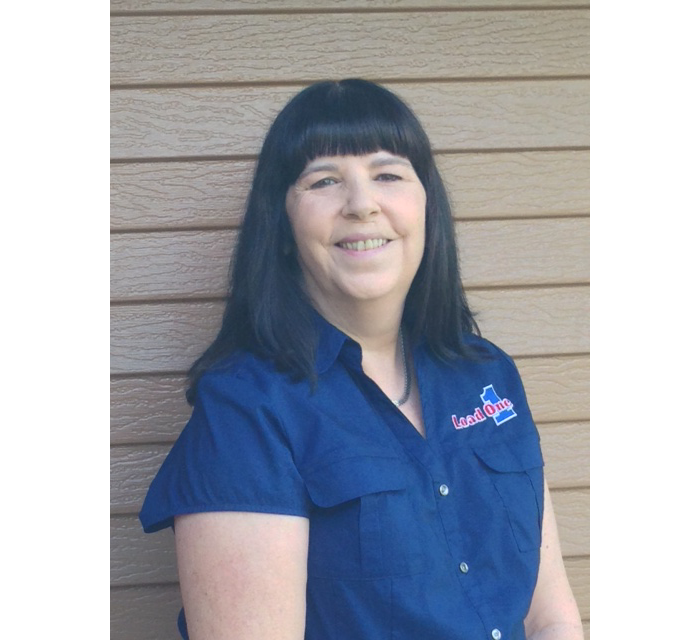 Tina Evans has been driving expedite trucks for 14 years with her husband Tom.

Tom had driven years ago doing local deliveries. They had spoken about getting back into it when their kids were grown, a retirement plan of sorts. When the business Tom worked at was apparently going to close, they started to do their homework. After checking into over the road, they were not happy about having to go out with trainers, so they looked at expediting because it was common for a husband to be able to train their wife. They bought a truck and Tom went out on the road to gain experience.

When Tom came home, Tina would go out around town to start learning how to drive the truck, when the time came, she got her license. It was a hard decision to make to go on the road right then because their twin children were not yet out of high school, both were 18 with only a couple of months left to graduation. Tina having great faith in them, and because her job had dried up, went on the road.

The first company that Tom went with initially did quite well running him solo, however when Tina came out on the road, they did not have enough miles to keep them busy. Tina took advantage of this to hone her driving skills. After a year or so, they moved to another company. Finally they ended up with Load One in 2011.

Having a dream of owning a fleet, realizing the worth of Load One and how successful they could be with them, Tina and Tom have now expanded to owning four expediting trucks. They are doing so well with Load One, they hope to buy two more this year. “We are hoping to be able to be home more as we grow as a company. We have two small grandchildren that we adore and at this stage of the game, we like being home a little more.” Tina said.

One of the hardest things Tina had to adjust to when entering into trucking was attention from males. “The attention I garnered when in the truck stops was hard to deal with for a while; but I got used to it. The other hard thing was being patronized by some of the shippers and receivers.” Tina said.

As many women in trucking who run with their husbands, Tina takes care of paperwork including making financial decisions, Tom on the other hand, takes care of working with their drivers and all mechanical things. This does not mean Tina does not know mechanical; she can handle anything required on the truck.

Tina and Tom will be working at the Expedite Expo both at the forums and the Load One Booth. To learn more about expediting and to meet them, plan on attending the 2015 Expedite Expo July 24 & 25 in Wilmington Ohio at the Roberts Convention Centre.